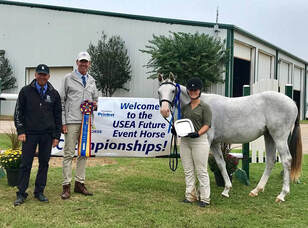 Congratulations to Christine McCarter and her yearling filly 'Deanfield Ice Queen' aka 'Elsa', winning the Yearling Filly and the Overall Yearling Champion at the Central Region Future Event Horse Championships!
Elsa is by Braveheart RID out of Glenlords Laralie RIDSH

March Bloom, 'Marcia', is a lovely JC reg TB mare, who is also approved Belgian Warmblood.
Marcia is owned jointly with Sarah Denham of Denali Sporthorses and will be bred to Braveheart in the spring of 2014. 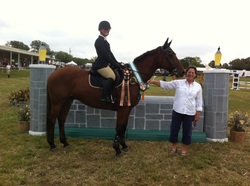 Deanfield Kit Baloo and Christine McCarter receiving their lovely sash from the Irish Draught Horse Society of North America for being the highest placed Irish horse in the Preliminary division of the Area V championships! 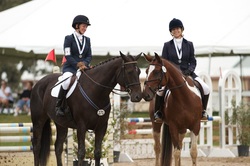 Deanfield Disney and Deanfield Teddy Edward placed 8th and 9th out of 41 in the Novice Amateur division and Deanfield Kit Baloo placed 14th out of 35 in the Preliminary Horse division!

August 2013 - Deanfield Donovan Z (who is for sale) attended his first show! 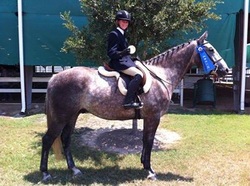 Donnie did us all proud at his first show. He was impecably behaved and really stood out.
He was ridden by 11 yr old Kallie Core who had never sat on him before (yes he is following in his daddy's footsteps). Without any practice they placed 4th, 5th and 6th in the Beginner Hunter jumping rounds and took the blue ribbon for first place in the flat class!
I couldnt have been prouder of them both :-) 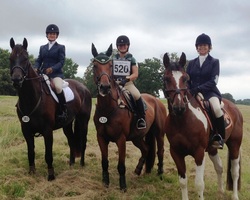 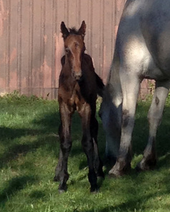 Nov 2012 - Braveheart has his first offspring in Australia! 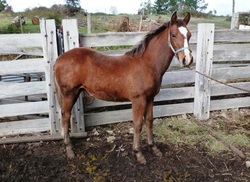 Congratulations to Dot Rule in Nowa Nowa, Victoria, Australia.
Meet Lilac, she is an IDSH filly, born Nov 2012
Her Dam is Snowgum, who is an IDSH by Branigans Pride.
Snowgum was a maiden mare who conceived on one dose of frozen semen that was exported to Australia. The attending vet was very impressed with the semen quality and its post thaw, 12 hour longevity.

There are only approx 5 breedings remaining in Australia.

We were awarded a beatiful portrait by pet artist Ester Claire.
You can see more of her work here http://www.estherspetportraits.com/
Thank you Ester! 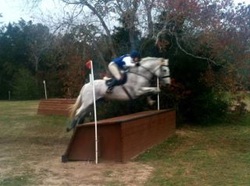 Cool weather at last! Braveheart put in a sterling dressage test with a score of 23.5. He flew around the showjumping for a double clear, then pilot error on cross country cost us first place :-( Kit finished in second place on his dressage score. 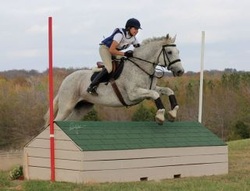 Texas Rose was to be Kit's first USEA Horse Trial, so Christine decided that after 2 years, it was time for me and Braveheart to get back in action! Unfortunatly Braveheart was  a bit 'under the weather' and there wasn't as much 'action' as we needed. I almost withdrew, but instead chose to proceed cautiously. As usual. Kit looked awesome and we were very proud of him! 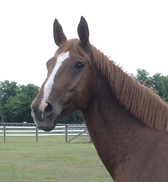 After a year in IL with Marylee McGee, Fossa Queen came home to Deanfield Farm. She has now produced 2 lovely colts by Braveheart, so as she isn't getting any younger,  I may breed her to a different stallion next year and hope for a filly! 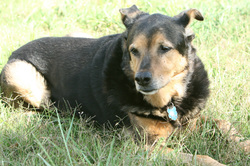 As Christine was competing on her own horse, I had planned on taking Kit to the Boyd Martin clinic. However, due to an 'escapee' incident the day before, I missed the stadium day but was able to join the cross country day on Braveheart. We had a lot of fun and even managed to drop a stud card in Boyd's helmet ;-) 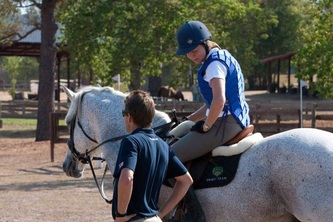 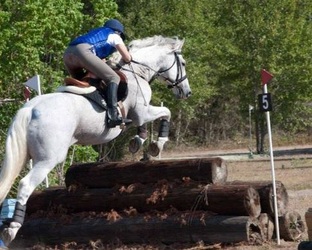 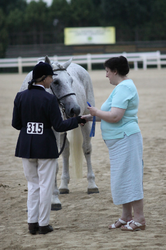 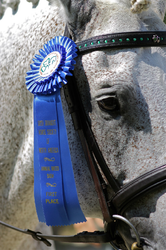 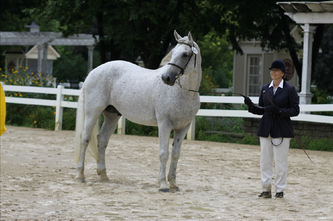 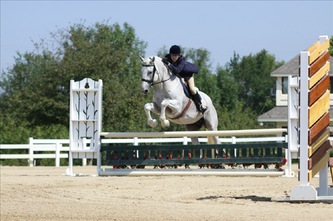 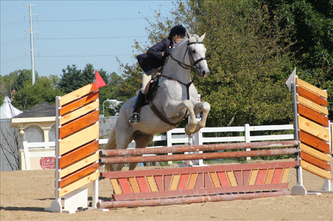 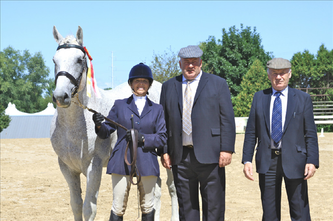 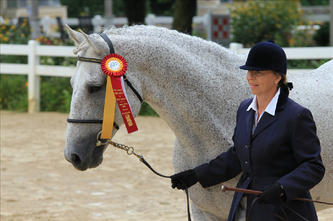 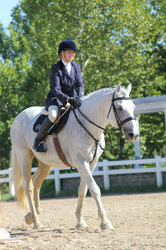 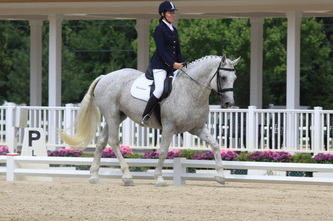